February 18, 2019
Six months of planning, organizing, and anticipation comes to end during the Kansas City Bier Meisters competition. This year was the KCBM 36th Annual competition - yes 36 years, and it was such an honor to come out Saturday to Crane Brewing to check it all out first hand. 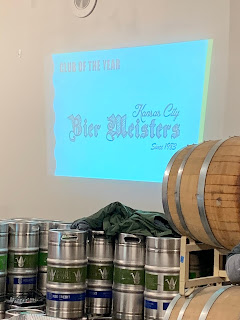 One of the longest running home brew clubs in the world, KCBM are more than just a club. They are a family. Members have been part of the club for a couple of years up to 20 years, plus. It was fun overhearing the memories everyone talked about from the beginnings to now. And everyone was so nice. Not only nice, but warm. I never once felt like I was less than or out of place.

The competition lasts all week, but Saturday is THE day - there are two sessions of judging, a guest speaker, banquet, and the awards ceremony. When I first walked in, the first session of judging was just about to start. Each session had about 60 judges, some stayed for both sessions and there were some new faces that came for the second session. Each judge sampled about five to eight beers and then did a mini-best in show. They were judging the three categories: beers, meads, and ciders. 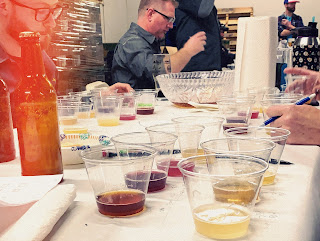 You could always tell when judges were sampling a beer because it got so quiet. Lots of smelling, holding to the light, swirling, and of course tasting. To become a judge, everyone goes through BJCP (beer judge certification program). There are different levels as well. Alongside the judges were the stewards. The stewards were helping to pour the beers for the judges, tell them which 'label' each beer was, got them water, etc. They helped keep the train moving.

There were judges who traveled from Texas, Wisconsin, Nebraska, New Mexico, and Oklahoma (to name a few) for this competition. But what is great, the local KCBM's travel all over for the other competitions in the different circuits they are part of as well.

Not only is there judging going on, there's a fun raffle! The raffle consists of many different prizes from candi syrups, malt, grains, honeycomb woods, a cooler (that I happened to win!), beer/swag, fermentors, etc. It is awesome! They even had this really cool Jam Band guitar up for a raffle. 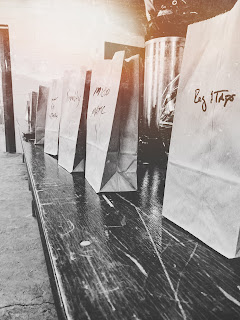 After both sessions of judging ends, tables are cleaned up to get ready for the guest speaker. This year it was Tim Thomssen - owner of Boiler Brewing in Omaha, Nebraska. It was really neat listening to him and his history in brewing; home brewing, winning a Sam Adams scale up, and now owning a brewery. If you haven't had a chance to try any Boiler's brews, definitely try them. They're pretty good!

And speaking of beer, breweries donated kegs for everyone in attendance. There was Blind Tiger from Topeka, Casual Animal and City Barrel from KC Crossroads, Cinder Block from NKC, as well as many people brought in their own beer to share.

After the two judging sessions and the raffle, the tables are set up for the banquet. This year it was a shrimp boil and it was DELICIOUS! Chef Greg did an amazing job! And thanks to the volunteers for helping to get everything made and served.

After dinner and dessert was the awards! They were fun, seeing what the names of the beers were listed as and seeing who the winners were. I forget which beer it was, but it won first placed and the gentleman who brewed it named it "I am the winner" lol

Congratulations to everyone who won - from the KCBM, MO Mashers, JoCo Brewing Society, ZZ Hops local home brew clubs, to many many others! Winners received a medal, there were a couple trophies given out, and a plaque to Amanda Burkemper for the KCBM Hall of Fame. That was a pretty emotional moment and I am really happy I got to witness that. 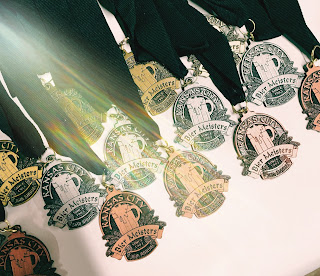 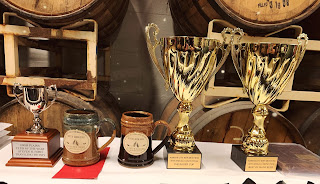 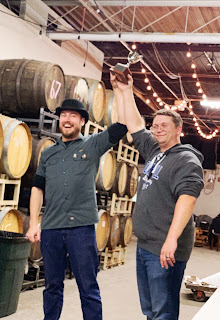 This competition was such a great experience, as an outsider. I can only imagine how fun this is for all the home brewers involved.


Jason, thank you again for inviting me out and to learn more about these competitions and KCBM. I really appreciate it! This was an awesome experience I won't ever forget! 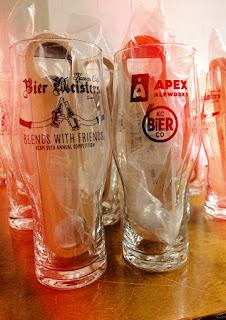 * I would like to add regarding judging - not all judges are experienced, as stated above there are different levels. Unexperienced judges are paired with more experienced judges. If you are interested in volunteering for these events, please feel free to reach out to any of the KCBM members! They're all very helpful and more than willing to help answer any questions you may have :)